Cumulonimbus’ flagship app, PressureNet, is a distrubted network of barometric readings and manual weather reports from Android users. The goal is to record pressure readings en masse, detect trends, and correlate them to weather patterns.

The challenge behind designing the PressureNet app was that, at its core, it’s a map. Pressure readings and weather reports are scattered across a map, that’s the main UI. I worked out a cohesive iconography and colour scheme to make the experience as attractive and enjoyable as possible. The most engaging part of this project was the Current Conditions system, where users report the weather by pressing a series of icons.

Early on our users told us there was a satisfaction to simply hitting the submit reading button in the widget, even though the readings can be submitted automatically. So we made the widget even better looking, as well as more responsive to touch, and we added pressure trending indication to the widget. After we included Current Conditions, we also made a widget for it.

If you have an Android device you can get PressureNet on Google Play. 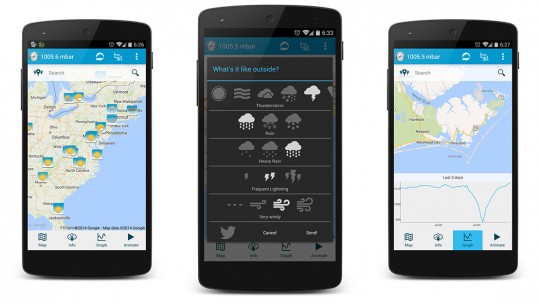 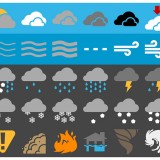